I wrote about Resolve and Spirit.

When a character dips (momentarily) below zero Resolve or starts taking damage to their Spirit then roll 3d6 and add the number of points that the character would have gone into negative Resolve or the amount of Spirit damage taken. Depending on how you’re doing things. Compare the result to the table below. 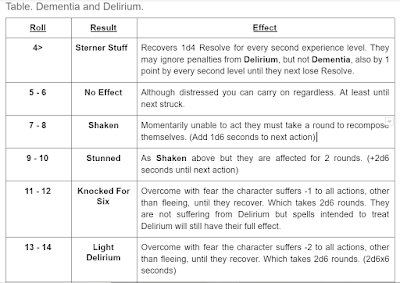 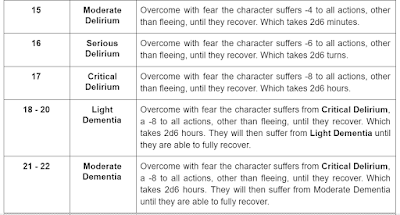 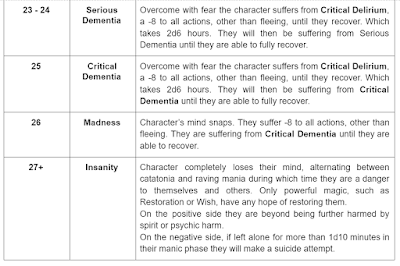 Delirium is a temporary effect, typically an overwhelming fear, that hinders a character’s actions until they recover. However recovery is not without risk. Once the Delirium expires the affected character Saves versus Madness. If they succeed then they gain a point of Resolve instead of losing one. If they fail then they don’t lose any more Resolve but their Delirium becomes Dementia of a similar class (Light Delirium becomes Light Dementia, &etc).

Next post in this series should start detailing the different types of dementia.
Posted by PlanetNiles at 04:00